An embrace of virtuality and reality Tanz mit dem Tiger (en. Dance with the Tiger) takes you into a world where augmented reality and dance merge to create a performance experience. By merging with new technologies, the art of dance combines virtual choreography with two live performers in an innovative way. Through motion-capture technology, five “digital dance-makers” are given a platform where they can showcase their creativity, receiving the opportunity to develop a choreography that is recorded on-site and transformed into augmented reality. The live audience receives a tablet with which they can see the “digital dancers” in the form of avatars as well as real in-action. In addition, this innovative experiment can be experienced comfortably from home as a 360° live stream. Choreographer Statement: The title TMDT comes from a quote by Dr. Christian Drosten in May 2020, describing the German approach to the Corona pandemic: “It’s now a matter of figuring out, bit by bit, where you can loosen the leash on the animal without it coming at you right away.” The Corona pandemic has attacked the lives of everyone, especially performance artists. The strength of artists is to use their creativity and find a way to deal with this shared trauma and create a space for understanding, solidarity and empathy. Ironically, such a project would not otherwise be possible www.roxy.ulm.de/programm 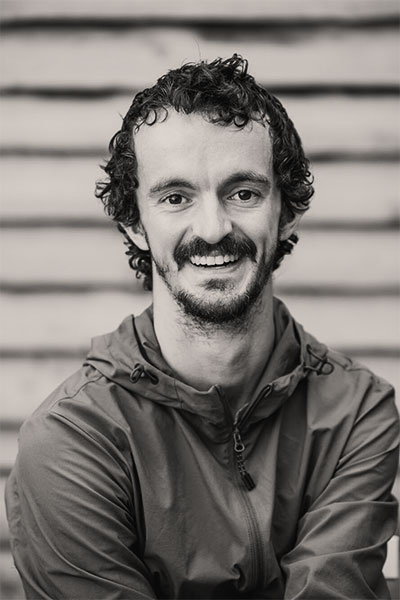 Pablo is a creator, dance artist, and movement designer. With both New Zealand and Spain as his origins, he searches for creation through constant motion. He has performed, created, and been engaged in the United Kingdom, Germany, Denmark, Switzerland, Spain, New Zealand, and South Africa. Originally graduating with a scholarship from Rambert School, he went on to complete a Bachelor of Science (Honors) in Design and Innovation, with first-class Honors from the Open University in the UK. He was awarded a Master’s Degree in Product Design from the Superior Design School in Barcelona. His final thesis was an outdoor interactive dancing installation titled “Step by Step Project” which was realized thanks to funding by the city of Ulm, Germany. Sansalvador’s creations include site-specific works, indoor and outdoor installations, and choreographic dance pieces for theatres and museums in Germany, Switzerland, New Zealand, and Spain. With his eclectic knowledge in performance, human-centered design thinking, and proven track record for collaborations, he co-founded the non-profit artistic collective Moving Rhizomes e.V.

Pablo is currently the Artistic Director of the TanzLabor at ROXY Ulm where he programs guest performances by dance companies and facilitates co-production residencies with emerging choreographers.