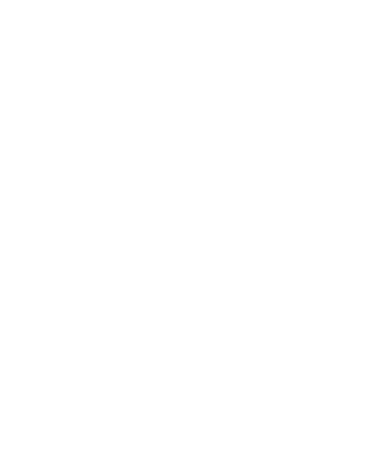 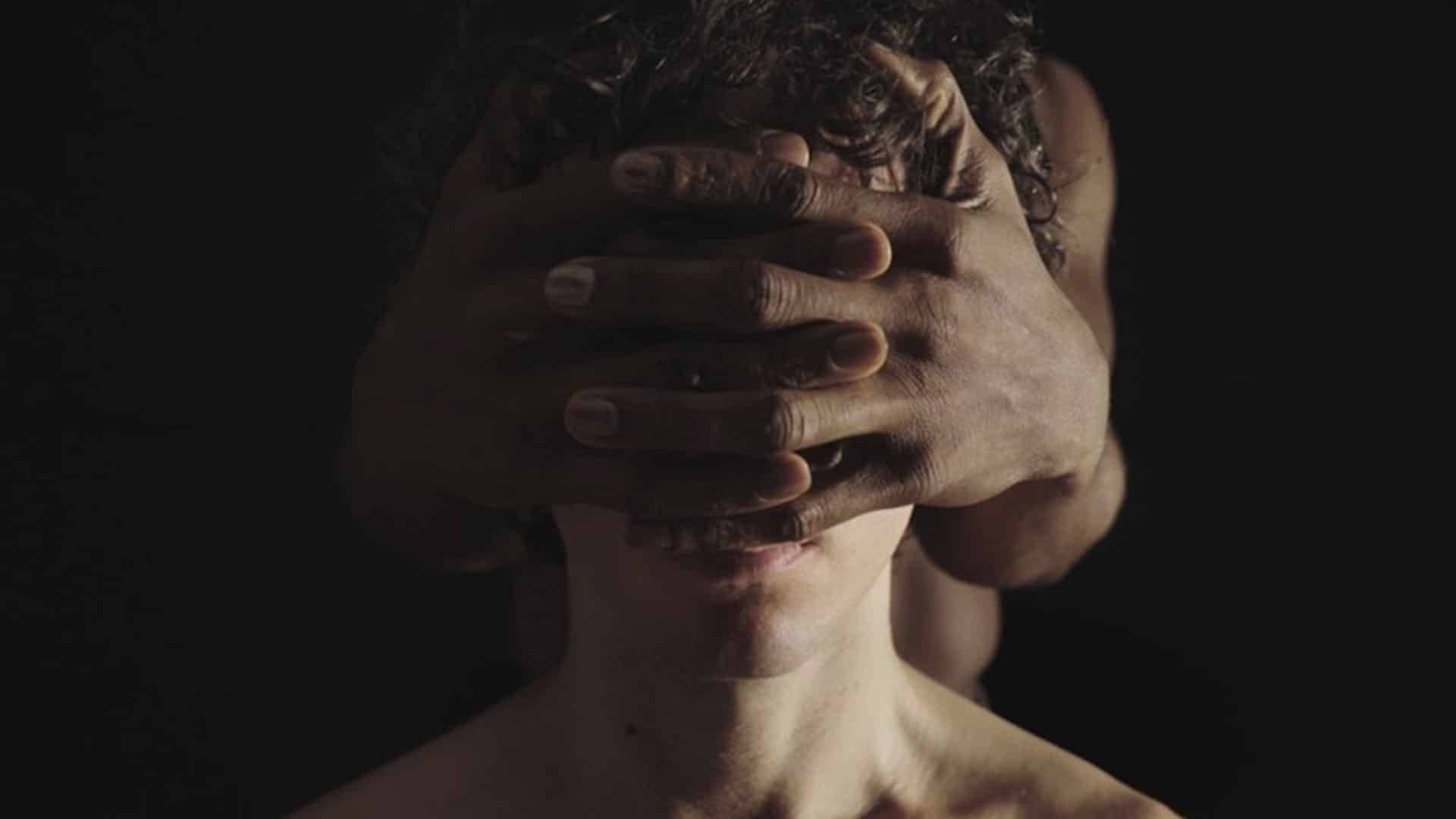 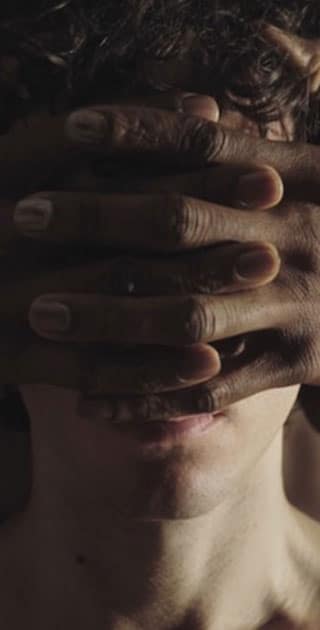 I AM THE OTHER

Using as reference the phrase by Arthur Rimbaud, “Je est un autre” (I am another) and the traditional Mayan greeting: “In lak’ech”: I am another you” to which the other responds “Hala ken: You are another me “; I was interested in investigating the idea of the reflection in/of the other, of another man in front of me, what that other returns to me, and how my identity moves in relation to this encounter. -Lucio A. Baglivo
| Get a Ticket 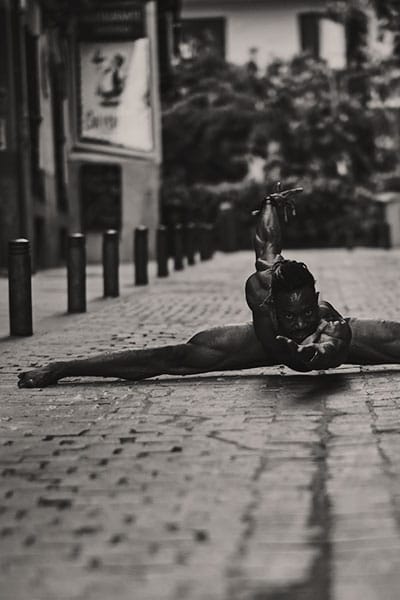 With his unique style of dancing, Peter James has been selected to perform on different stages and worked with several professional companies, producers, and choreographers, including in TV commercials and broadway theaters in West Africa, Europe, and Asia. He is also trained at the renowned dance schools Alvin Ailey American Dance Theater, Studio Hart Point, Georges Momboy Dance Center, in Europe and the USA.

Peter believes body language is limitless. With Peter be prepared to improve and explore the limitlessness of your body in movement. He is a teacher, performer, and choreographer, working in productions such as THE LION KING MUSICAL, among others. Peter is also an Ambassador at “Che21 fashion” and is a dance and fitness model In Madrid, Spain. 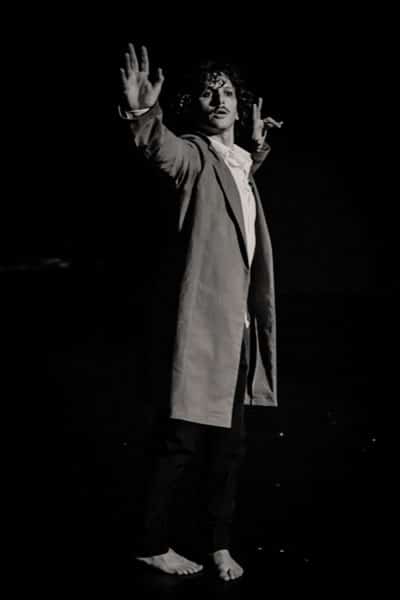 I work as a dancer, acrobat, actor, dance teacher, director, and choreographer. I was a federated gymnast from 1987 to 1992 and Metropolitan Champion of sports gymnastics in 1990 and sub-champion in 1989.

In 1999 I started training at the Circus School La Arena, in contemporary dance, and in theater with different teachers in Argentina and Spain. From the year 2000 until today I work for different companies of theater, circus, and dance in Argentina and Europe.

I’ve started to make my own creations from the year 2006. Since 2007 I have lived in Madrid, Spain. So far my projects have been presented in countries such as Germany, Turkey, Argentina, Brazil, the Netherlands, USA, Greece, Denmark, Chile, Spain, and Italy. I’ve been supported by Robert Wilson, Compañía Nacional de Danza (Spain) and Centro Danza Canal (Spain).

The objective of my art is to achieve a scenic work that, through dance, acrobatics, and theater, transmits emotions and connects with the viewer, enhancing all the senses on stage. Each project seeks a language of its own movement and particular stage poetry.

In May 2015 I premiered my project “Solo Juntos” at the Umore Azoka Festival in Leioa, in Basque Country, Spain. Since then “Solo Juntos” has been performed more than 70 times at different festivals in Spain and the rest of the world.

My last project “MyL”, created with the flamenco dancer Mariana Collado, also premiered in May 2019 at the Umore Azoka Festival in Leioa, Basque Country, and was later in July invited to be performed at Art Ort Festival in Heidelberg, Germany, as well as at MasDanza Festival and Teatro Victoria, both in the Canary Islands. “MyL (2.0),” the long version of the work, premiered in November in Madrid. In 2021 it was chosen to tour in the following circuits: Red de teatros alternativos, Spain and Red de teatros de la Comunidad de Madrid, Spain. The creation is also part of the program of Teatros del Canal of Madrid.

In 2020, my new project “Mientras tanto” was chosen to be part of Surge Madrid Festival and premiered as a work-in-progress in October. The project also obtained the financial support of the city of Madrid from the “Ayudas a la creación coreográfica” program. In 2021 the project will premier in April in Madrid with the short version for open spaces, “Yo me salgo de aquí”, premiering during 2021.

I work as a director and teacher, teaching acrobatics, contemporary dance classes, and creation workshops. Developing my own methodologies, Lucid Motion and Sensitive Memory, I stay in constant dialogue with my creations, sharing with different companies, schools of circus, theatre, and dance conservatories in Spain, Germany, Brazil, Greece, Switzerland, Italy, Belgium, and Argentina. 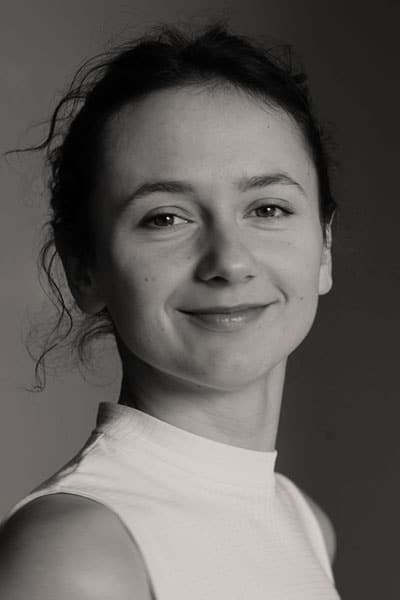 Originally from Poland, Rita undertook her studies in audiovisual arts between the cities of Granada and Madrid. With an undergraduate in Audiovisual Communication from the University of Granada and a Master’s Degree in Documentary Films, she started off her professional career as an editor. Her experience as a dancer combined with her technical preparation as a filmmaker made her explore the field of dance films from a perspective of a video director.